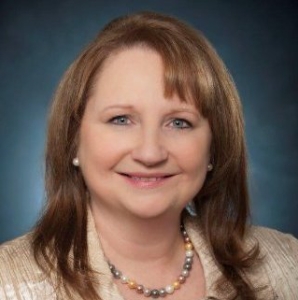 Angela Beehler is currently serving as an energy consultant for a leading consulting organization. Angela served as Senior Director of Energy Regulation/Legislation & Compliance for Wal-Mart Stores, Inc. and responsibilities included the implementation of Wal-Mart’s strategic energy vision for over 5,000 U.S. facilities through regulatory proceedings, legislative discussions and working closely with government agencies, utilities, non-governmental organizations, among many others.

Angela has served on the executive leadership group for the National Action Plan on Energy Efficiency, the Board of Directors for the University of Tulsa Law Alumni Board, the Advanced Energy Management Alliance, the COMPETE Board of Directors, as a board member for the Southern Chapter of the Energy Bar Association, and currently serves on the Board of Visitors for the University of Tulsa Sustainability Energy & Resources Law Program.

Prior to her position in Energy at Walmart, she has held the positions of Sr. Manager of Realty Management, Director of Vestibule Leasing and Banking, and Director of Gas Station Development. Angela worked in the Tulsa energy industry, beginning with Transok Pipeline followed by The Williams Companies, while attending law school at night at the University of Tulsa earning her Juris Doctorate degree. She was published in the Energy Law Journal and a member of the Energy Law Journal staff.